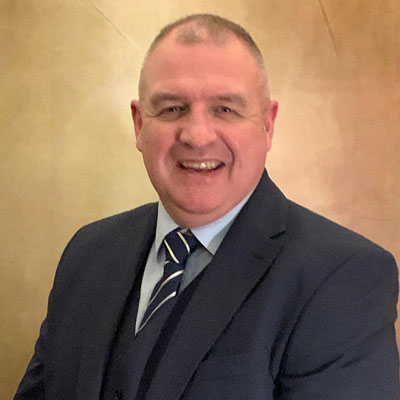 His initial career was with the Ministry of Defence. As a petty officer at the age of 21, he experienced his first role in trauma mitigation through supporting and providing psychological first aid during military conflicts, e.g., Operation desert storm 1991.

On leaving this environment, his early career focused on forensic psychotherapy and group work within correctional departments where he sought to bring the ‘relational’ element into criminogenic programs, and he piloted and implemented the first sexual offending treatment program (SOTP) for young offenders in the Prison Service (1997).

In this early work began to consider the impact of early adversity, which led to an opportunity to work as a consultant in the New Zealand Corrections Department. He was able to design a ‘whole systems’ approach to supporting youth detained in Youth Units. This led to developing a groupwork approach called ‘The advanced EQUIP’ (2001), which built upon his work in the UK and supporting Te Piriti Special treatment unit to develop therapeutic programs.

On leaving this role, he managed a unique Therapeutic Prison (2002 – 2004) unit for 40 life-sentenced prisons at HMP Dovegate; this was based on a relational, democratic approach called a Therapeutic Community. During this experience, Richard began to increase his training in the treatment of complex trauma and, in particular, the areas of attachment, trauma, and dissociation and lead him on his quest to begin to develop ‘early intervention’ approaches to mitigate and support children and youth to recovery from the impacts of adversity.

Over the last 17 years, Richard has had a dual focus: the management and development of therapeutic care for children who are placed in foster care and residential care (group homes). This leads him in 2006 to work closely with Dr Sandra Bloom to bring The Sanctuary Model and trauma-informed approach to the UK.

His approaches focus on using the right methods for the client. As he has continually sought to develop his range of knowledge and understanding, he has trained in EMDR in 2007, Rewind Technique 1999, Advanced-CBT 2000, Internal Family Systems 2009 etc.

He is currently Head of Assessment & Therapy for a large childcare organisation and supervises and guides a team of doctoral qualified clinical and counselling psychologist, child and adolescent psychotherapists. He also heads up a research and development project with the Anna Freud Centre London, which has created the largest dataset in the UK routinely assessing for trauma, attachment and dissociation and the creation of research that can develop and inform practise innovation.

One of his aims is to make therapies open for as many people as possible. He commits his time to support as a board member for three charities: The Bowlby Centre, London; The Institute of Recovery from Childhood Trauma and the Scottish Hypnotherapy Foundation.