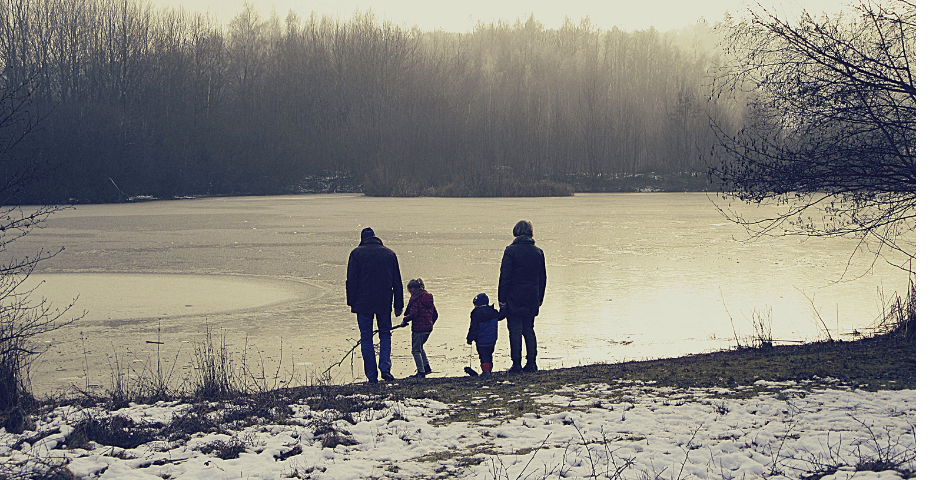 It may be that the label of being a dysfunctional family is over utilized.  The reality is that every human being adapts to the environments that they are in, some of those adaptions or mitigations bring a greater sense of satisfaction than others, or sometimes those adaptions and mitigations bring an increase of distress.  The difficult thing is to understand that sometimes a perfectly reasonable adaptation or mitigation in one area of life might well serve to disrupt another. When discussing family dysfunction; basically what is being stated is that some aspect of family lifestyle is interrupting or interfering with normal physical, emotional, psychological and even spiritual development!

Perhaps the best way to illustrate the traumagenic dynamic is the case of Jane (name is a pseudonym) who was a seventeen year old female that was having significant conflict with her mother. The conflict focused most on the young woman’s sexual behaviors and tendency to go along with friends in behaviors that put her at risk, primarily to win approval from these friends. In sitting with mother and daughter it was apparent that mom was pretty consistent on family rules, there were only a few and she followed through on them fairly well. Additionally, mom and daughter had a very warm and adequately loving attachment that was reciprocal in affection. The prior therapist had decided that young Jane was oppositional-defiant and maybe bipolar.

When exploring the family history, it was clear that Jane’s developmental history had not been taken into consideration. On mother’s part she had worked for the same company for 12 years, and made a relatively sound income. Mother had worked as a dental hygienist and also worked part time in a denturist’s lab helping make dental implants and such. Then things became a little more interesting, Jane reported that she had never finished school at the same school where she had started the school year; saying that she and her mother moved frequently. When explored, Jane’s history uncovered that frequently meant 23 times within the same metropolitan area between ages of 7 and 17. Additionally, Jane reported that her mother had divorced her father when she was eleven, and between when that was completed (six years), had married and divorced two additional men, and was currently engaged to get married yet again.

So while the relationships between mom and Jane was warm and relatively solid, the family lifestyle was interfering with normal developmental processes that might have been better for Jane. This doesn’t equate to Jane’s mother being a bad parent, because she clearly was a solid one. What is concerning is that the family culture of this home was interrupting or interfering with Jane developing in more healthy ways. A home marked by chaos, does not have to be abusing or hurting a child to create dysfunctions. Regardless of the environment, children will develop adaptation strategies that allow them to function in their environments. If the environment approaches optimal stability and adequate attachment then those adaptations tend to be more health promoting on all developmental trajectories. If the environments are less than optimal then adaptation strategies become less optimal in response.

One might look at adaptation strategies and label them as pathology or symptoms, however, that is not the full range of these strategies, and only those that create difficulty for society at large or relationships draw the fuller attention of the observer. Some adaptations have very useful aspects for survival, but the utility of the strategy in one setting is not very useful in another. An example of this is an engineer that was incredibly organized and detailed about his work. He won awards and accolades from his employers for his productivity and capacities. However that same organization and execution was costing him his marriage and the affection of his children. In this engineer’s situation, he had been raised in a highly chaotic, though not abusive environment, and had learned early in his live to create predictability in a non-predictive environment. This orderliness made him excellent at school and at engineering; however the obsession with controlling and predicting were hurting his most intimate relationships as an adult.

Historically the idea of a defense mechanisms is just another way to say that someone had developed a personally useful adaptation strategy that works in their initial or primary care-giving environment and then that strategy once learned, and practiced becomes an element of the individual’s character and personality.

Traumagenic environments activate adaptation strategies that while personally useful as a child, become less effective in maturity. Traumagenic environments create stress and the child as well as other family members may experience both affective and psychological arousal. When the environment does not act as a regulator of both arousal and as a model for optimal adaptations then the members are left to a stressful process of trial and error to put together a pattern of strategies that work for them. These strategies get reinforced emotionally, and are generally put in place without conscious thought or critical objective evaluation.

When families operate traumagenically, and it has proceeded for a generation or two, it moves from being a recognizable dysfunction into the realm of becoming a family culture. This family culture while not being necessarily abusing in nature, may well use adaptive or mitigating mechanisms to maintain the structure and continuance of the family. It may be possible to see many other adaptation strategies as well that become embedded in the family culture that are both interfering with and interrupting normal developmental processes.  This in no way implies that the family is not a loving family, nor that the members are problematic in anyway; if anything it reflects that they are congruent with their history and while the current consequences maybe unfortunate, they are not bad, broken or truly “dysfunctional” as the term is used in psychological parlance.

For the purposes of this article, psychiatric and psychological disorders are addressed as manifestations of adaptations and mitigating strategies in traumagenic families. If the family culture is adequately traumagenic then the appearance of certain behaviors are reasonable and congruent. While these completely correct reactive and environmentally triggered responses emerge, it doesn’t mean that they are necessarily pleasant or welcome.  The primary behaviors that emerge in traumagenic family dynamics are:

How might this look? Returning to the case of the engineer, look at how he had began early in life to intellectualize and create structure and organization. Another aspect of his personal adaptation was to repress emotions, and when things interpersonally became stressful he would ether disconnect or attempt more active control of the situation. Additionally, when his family tried to connect with him emotionally, he would with draw, or try to plan it which was the way he had learned to cope through his life, his family of course didn’t particular care for have such a rigid structure around connection and became weary of making attempts with a him as he would distance himself when they made attempts. These adaptations and mitigations allowed him to survive, function and prosper in some areas of his life, but not all. It doesn’t really help to say that the engineer is neurotic or obsessive, because while he might meet the criteria in the DSM for being such, the label does not capture the richness of how the symptoms and pathological actions have been helpful or brilliant for him.

Arizona Trauma Institute is advocating for greater professional and personal awareness of adaptation and mitigating strategies rather than a continuation of the ineffectual, stigmatizing practices of seeing people as a diagnosis that is so common in the world of mental health.  Additionally, Arizona Trauma Institute encourages the profession of counseling to exercise greater compassion and understanding around the difficult behaviors that people struggle with. Looking for how the disordered behavior was and is a significant and perhaps persistent family pattern that had benefit once, even if it doesn’t currently will soften the judgment and criticism often implied in diagnosis applied to clients seeking support and relief.