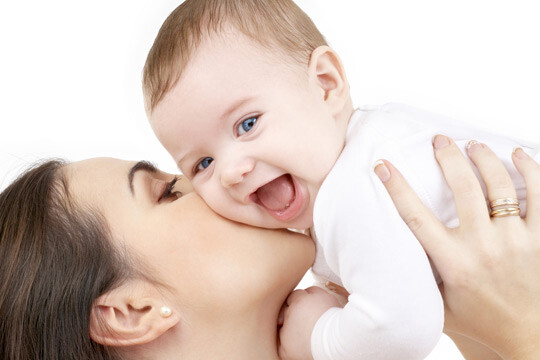 The Care and Feeding of a Child’s Brain

Recently speaking to a number of therapists in the southern part of Arizona gathered together for training on the neurobiology of trauma, the question was asked why one needs to understand so much about the brain and it’s functioning in order to be a more effective therapist. This question triggered a thought process around how to demonstrate the need, and help people in general know why attending to early home life is so exquisitely vital for positive change in the lives of individuals, families and communities. It is this early home life that influences the brain development and can actually alter the genetics adequately to impact health and emotional well-being throughout the life span.

There have been a number of recent studies that have discussed how early care-giving environments impact the developing brain, and that this impact can create permanent structural differences that perpetuate throughout the lifespan of an individual. In one such study it is suggested that variations in mother-offspring interactions lead to neurobiological adaptations that create individual differences in behavioral and endocrine system stress responses. These physical adaptations alter and change the genetic expression of the brain tissues and neuropathways. These altered gene expressions turn on or turn off certain genetic possibilities that a person might innately possess at birth. Those areas most likely to be influenced by this rewiring appear to be the amygdala, hippocampus, and the hypothalamus which are crucially involved in emotional regulation, regulation of the stress responses and the ability to attach to others through effective and warm relationships.

The emerging field of Epigenics would suggest that the interactions with the care-giving environment produce changes in both genetics and in brain neuropathways development. If the environment is good enough then the adaptations have the tendency to move the child toward more optimal physical and psychological health, while those environments that are less optimal can generate changes in the genetics and brain neuropathways that lead to more physical and emotional challenges. A metaphor for this alteration might be a revving car motor, if the motor had the ability to adapt to survive. The engine being revved with little relief would soon become overheated and the lubricants would begin to break down. When that overwhelming of the engine’s capacity it reached then the motor is just a little while away from seizing up and being broken down. Now imagine that this motor has the ability to adapt to survive, what adaptations might it make? Build a stronger, faster more pervasive cooling system or generate a friction reducing lubrication system that performs at greater capacity? It would be difficult to predict what adaptations might be thrown into the mix; however these adaptations would cause a change in the overall appearance and perhaps function of the vehicle at large. This is similar to how the body helps human being survive and adapt to the environment.

This epigenetic process whereby the experience related to the developmental history of the mother and the nature of the parent-offspring interaction will act upon the off-spring in such a way to increase health and resiliency or to complicate the same. If the environment is highly chaotic and stressful the care-giving environment may act as a mutagen on the developing brain of the child. The use of the term mutagen is an intentional one, because it is uncertain at this level of scientific understanding exactly how much of these genetic alterations may become inheritable traits in decedents of this individual who sustains alterations of a negative nature and perhaps a modification the phenotype of the offspring.

An example of this mutagenic function of the environment can be found in the work of Karen Dietz, PhD from the Department of Pharmacology and Toxicology in the UB School of Medicine and Biomedical Sciences. Dr. Dietz has noted that under high levels of isolation in the care-giving environment creates changes in the brain’s white matter, or myelin, have been frequently associated with a number of psychiatric disorders. Myelin is the crucial fatty material that wraps the axons of neurons and allows them to signal effectively. This is like the insulation around a wire that is transmitting electrical current. If the insulation is adequate, a better quality of transmission can occur. However unlike insulation the lack of Myelin impacts the functioning of the brain in significant ways.

First, the prefrontal cortex and neo cortex will contain less volume of these “insulated” neuropathways, which seems to lead to greater emotional reactivity to stress and distress on the part of the individual. This less developed aspect measured in youth seems to persist into the mature adult as well.

Second, the cortex is tied to attuned communications, emotional balance and regulation, fear modulation, empathy, insight, judgment, moral awareness, and intuition/spiritual feelings. Therefore if this lack of “insulation” is happening in this important part of the developing person’s neuro-structure then it is likely that these very important functions will be impaired. Perhaps, the behaviors and moods seen in many psychiatric disorders are actually linked to under-developed brain structure in the cortex and an over developed brain structure in sub-cortical systems of the brain.

Lastly, if there are impairments to the cortex primarily related to the mutagenic nature of the care-giving environment there is a concern if these changed individuals will pass the alteration along to their own off-spring, or perhaps through a real blending of nature and nurture create an their own environments that further exacerbate the problem that is already present. Essentially a genetic adaptation becomes an embedded feature of a family culture. Even though this article isn’t directly exploring the impact of the care-giving environment of lifelong physical health there have been a significant number of studies which indicate that these physical changes also increase the risk of hypertension, lung and circulatory disease, as well as cancers and digestive ailments. A sufficiently stable and well regulated care giving environment enhances health both physically and psychiatrically.

Sometimes when looking at the science of the brain, people get a little overwhelmed and wonder at what can be done to help folks that have had these deficits in their developmental of lives. The way seems to be clear, though not uncomplicated. The environments of people must change, and if the change creates more quality attachments between people and less over all stress and distress, then the brain will begin adapting again. This is not to say that early changes will not have the potential to embed an indelible shadow in the lives of individuals, but that regardless of what they have experienced they can move past that into a more satisfying life. Additionally the research has indicated that if the environment is altered it can over time create greater access to the cortex and its executive functions.

Many times therapists get caught up into the functions and associated dogmatic practices of a model of treatment, however if treatment is to have the most significant impact possible, then people need help in re-structuring their environments. There is no single “right” way for the environment to be restructured, so there are many corrective and creative avenues open in this process of rebuilding an atmosphere that will activate the most positive aspects of the individual’s genetics and neuropathways.