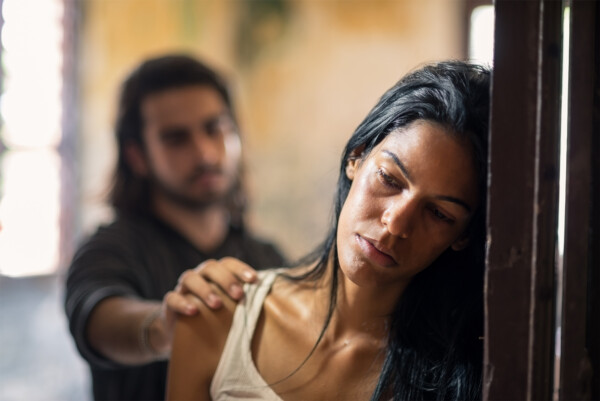 Who Chooses to Be Dominated in a Relationship?

Occasionally one can hear criticisms and judgments about people that appear reluctant to leave relationships where they are dominated and sometimes abused. Mental health counselors and therapists also feel frustrated very often when dealing with those that they deem as victims in intimate relationships. In a recent training, one such counselor expressed concern and her perplexity over the fact that one of her clients had been in three intimate relationships in the last seven years, and each was as abusive as the one prior. This counselor asked “why can’t my client see how bad this is for her children and herself?” This of course is a question with many layers and unique individual colorings; however there are some broad-brush generalities that can be illustrative as way of explaining this perplexing situation.

In a fairly typical traumagenic family dynamic it is not uncommon for one spouse or the other (though predominately the adult female fills this role) to manifest an excessive focus on the desires, feelings, and responses of the dominate spouse, frequently at the expense of the child’s emotional and psychological needs. For the dominated partner the relationship is a social barter – in other words, in order to gain love and approval, maintain one’s sense of connection, or avoid retaliation one must be what others require of them. In order to act consistently in this manner in requires a psychological adaption usually linking suppression of the dominated individual’s awareness regarding emotions, psychological and even physical needs and natural inclinations.

This tendency toward creating a blinded or suppressed self does not mean that the individuals in these dominated relationships find them pleasant or pleasing. Many times the people that find themselves in these dominated relationships grew to maturity in a traumagenic environment that required that they actively develop adaptive strategies to cope with and survive that early developmental environment. Some of the adaption strategies required historically by children in a household where there was an aggressively dominating individual may include:

In this traumagenic family dynamic, dominated individuals will often choose relationships where others will dominate and control them. This is not based on the comfort or ease of being in this type of relationship, but it is reassuring to have the predictability of the familiar. Which can lead a child as they mature to gravitate toward repeatedly engaging in overly compliant behavior, “go along to get along” which can include forfeiture of reasonable and logical demands to avoid the negative feelings, attitude or to seek peace by meeting the wishes of the dominating partner. It is not exceptional that the dominated spouse will experience extraordinary guilty for desiring to have their own needs, requests or demands met. One particular variant of a childhood adaption can be identified as a reaction formation to such a family environment. This variant creates reactions and responses that can include:

The dominated spouse will often minimizes positive aspects of them self, exaggerate negatives character attributes. Additionally the dominated spouse will habitually ruminate, fantasize and worry about the worst possible outcomes that can be imagined, which in turn leads to a pervasive set of low expectations, and will expect to be disappointed or let down.

The Dominating spouse in the above family dynamic generally manifests poor relational internal limits, responsibility to others or be tolerant of external accountability. Anything that can be perceived by the dominator as having the capacity to limit or restrain the immediate and complete compliance of others to the subjugator’s wishes and desires will likely be seen as a threat. Threats may activate extreme strategies to gain compliance, such as using humiliation, anger or physical aggression to reduce the threat.

The subjugating spouse has difficulty respecting the rights of others regardless of the relationship they might have with individuals. The less powerful or egalitarian the relationship the more likely to be interpreted by the subjugating spouse as being only correct and proper that those with less power “should” be compliant and dutiful to their wishes and desires. The dominating spouse often possesses a sense of superiority and struggles with normal relational reciprocity even in their most intimate relationships.

Children that live in this particular traumagenic environment often externalize their adaption strategies into the world at large, which means that if one works with them in a clinical setting or perhaps a school it is likely that the following will be manifested:

To answer the counselor’s question of (“why can’t my client see how bad this is for her children and herself?”) the answer could be that they (the counselor) haven’t understood the impact of the developmental environment on the strategies and adaptations of the individual. Perhaps they are unaware that this is the pattern they are operating within. That doesn’t make a client stupid, dumb or in denial; it may simply mean that they construct their world based on their experiences and that those experiences have predisposed them to keep and use patterns that at one time helped them survive and adapt, but today extract a heavy if not unpleasant cost. 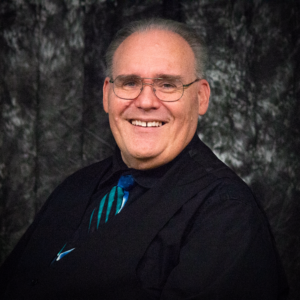 Dr. Rhoton has been involved with mental health treatment since 1989.  He is a Diplomate of the American Academy of Experts in Traumatic Stress.  Dr. Rhoton has collaborated with numerous agencies nationally in fine-tuning their understanding of trauma and the impact of developmental trauma on the individual and family.  Dr. Rhoton is a board member of the Arizona Adverse Childhood Experiences Consortium and serves on the Arizona Department of Health Services Trauma Informed Care (TIC) task force as a community member.