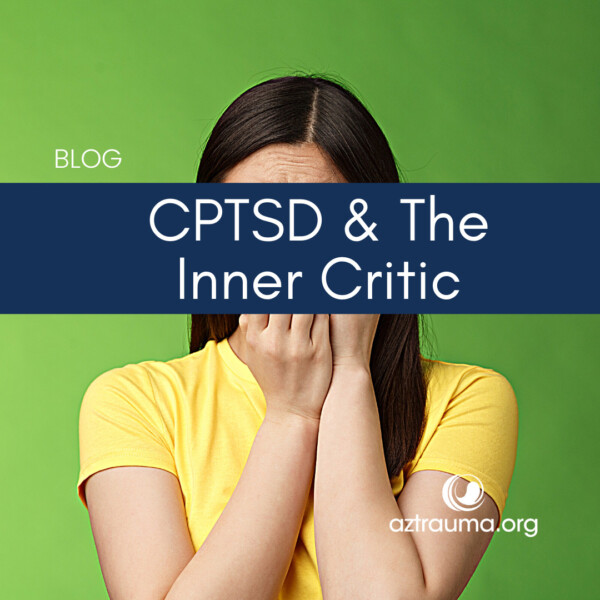 The inner critic is a well-known concept in psychology, referring to the part of the psyche that judges and criticizes our behavior. One might think of this as a form of radar, and while there may be many things showing up on the radar system, not everything is of interest or value to the observer.  This becomes an important thing to understand when working with CPTSD, functional motivation and self-improvement. However, for people who have experienced complex trauma, the inner critic often becomes excessively negative and destructive. Building an entire set of beliefs that are screening the environment and focusing on the relevant, in fact only allowing the relevant.

We look for what we expect to see and fail to see what we are not expecting.

This process of relevancy is founded in the function of the reticular activating system (RAS), which is responsible for filtering incoming information. The (RAS) filters primarily through beliefs built organically through the learning history of an individual.  Meaning that has been made and reinforced as it relates to that learning history creates an expectancy system.  We look for what we expect to see and fail to see what we are not expecting.  This system becomes highly compromised as a result of complex trauma. As a result, individuals may become hypervigilant and focus on negative stimuli to the exclusion of all else. Remember that common belief system that has been built because of the toxic stress learning history that is complex trauma. Once these belief systems are built, we as human beings are constantly looking for evidence of their truth. This can lead to a downward spiral of negative thinking and self-criticism, which further exacerbates trauma symptoms.

Some of the common beliefs that are built and begin to influence our function are beliefs like:

Trauma can have a profound effect on the mind, body, and spirit.

Victims of trauma often struggle with a variety of challenges, including anxiety, depression, insomnia, and dissociation. In addition, trauma can compromise motivation and the ability to focus on goal-oriented behavior. This is because trauma symptoms are often associated with negative beliefs about the self, which can lead to feelings of worthlessness and hopelessness. In addition, traumatic events can damage the reticular activating system, which is responsible for regulating motivation and focus. As a result, individuals who have experienced complex trauma often find it difficult to pursue their goals.