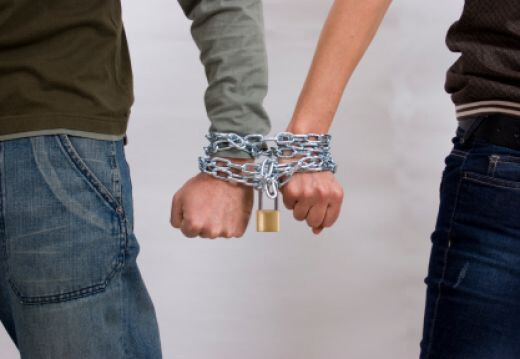 I May Be A Little Too Controlling! 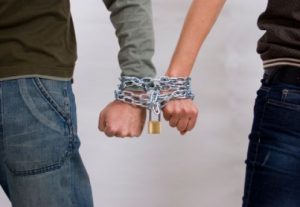 “I may be a little controlling, but I don’t think I do it too much”. This comment and several others came from a thirty year old man who is going through a divorce and is suffering a great deal and seems confused about why every relationship he cares about ends in disaster.  This man called Jim, has just been notified recently by his wife that she is filing for divorce after four years of marriage.  Jim was shocked that she wasn’t happy to be with him, as he is a good provider and has given her a “tremendous” lifestyle.  Jim seemed genuinely perplexed, angry and frustrated by the situation and that he wasn’t being respected or valued for how much he has done for his soon to be ex-wife.

When sitting with Jim, and collecting information about the situation a story began to emerge that others might find instructive and perhaps insightful.  Jim believes he provides a ‘tremendous lifestyle” for his soon to be ex-wife and what was discovered somewhat less than tremendous.  Jim has a preoccupation with his possibilities and abilities, he sees many situations as stepping stones to building a future of wealth and prosperity, he perceives himself and powerful and successful man, and yet has had five jobs in the four year marriage to his soon to be ex-wife.  Those jobs were primarily lost because superiors were jealous of his abilities or he threatened the status quo, and in one situation Jim claimed that it was a family business and the sons were afraid that the father liked him better and forced him out because of their fear that their father might will Jim the family business.

Jim was also very clear about how difficult it was to tolerate “people” who were not his intellectual equal, or have as stunning a vocabulary as he, himself possessed.  This was an interesting comment, because he has never finished college, and while he appears articulate, many times in the conversation the words were not correct word choices or the meanings of words used did not fit the meaning of the situation being discussed.  Jim’s wife however has been the primary income earner as well as caring for the home and their one year old child.  In further discussion it became clear that Jim is not really close to anyone, including siblings and his own parents, and reported no long term friendships.

In discussing with Jim his soon to be ex-wife’s prospective about the marriage Jim reported her over-reaction to his attempt to help her.  Of course these helps were seen by Jim as supportive and encouraging.  Jim knew his wife would look sexier, and be healthier if she lost a little weight, so he helped her by taking her to the gym every day, and standing next to her to coach and correct her while she did 30 minutes on the treadmill and a level that he thought was appropriate and 30 minutes on the elliptical machine, followed by 15 minutes of weight training.  Jim reported she is still about fifteen pounds too heavy at  5’7″ she weighs 130, but he just knows she can be more attractive if she would just work a little harder at it.  He complained that she did not appreciate the sacrifice of his time or dedication to her wellbeing and that a normal person would be thankful for such help and support.

Jim also knows that his soon to be ex-wife is a poor money manager, and one of his skills is managing and investing money, so she did not have her name on any of their bank accounts and he would give her money for lunch, when she needed it, but mostly he had her pack her own lunch for work, and she was to organize the bills, and he would pay them.  He talked candidly about her inability to make wise choices when she had more than $20 at any one time, giving an example that she once was given some money from a family member for her birthday, and selfishly spent it maternity clothes without asking his permission or seeing they could get the clothes somewhere cheaper than at Wal-Mart, maybe Goodwill.  He was very critical of her thinking through the logic of purchasing maternity clothes that are only used for a short period of time.

Jim continued to disclose the many faults of his soon to be ex-wife and how she just did not appreciate him and see what a terrific “catch” he is or his efforts to help her, grow and be as terrific as he believed she could be.  Clearly Jim is the hero of his own story and life narrative, this might seem familiar to some of the readers and should it smack of a certain familiar flavor the following are actions to support you.

Jim will likely have a repeat performance of his first two marriages until he reaches the point where he cannot longer tolerate his own misery and will be willing to seek help and support as he honestly faces himself and his own unmet ego needs.  He will likely be publicly nice to people, appear charming and perhaps even “perfect” but interpersonally continue to be critical and insensitive to those in intimate relationships with him.

Jim will lie and manipulate people for attention, perhaps acting a bit too good to be true. He is likely to continue to believe he deserves things that he has not really earned or worked for.  When those things that he deserves are slow in coming he may use criticism, insults and act superior.  Jim truly is Self-absorbed and Narcissistic.