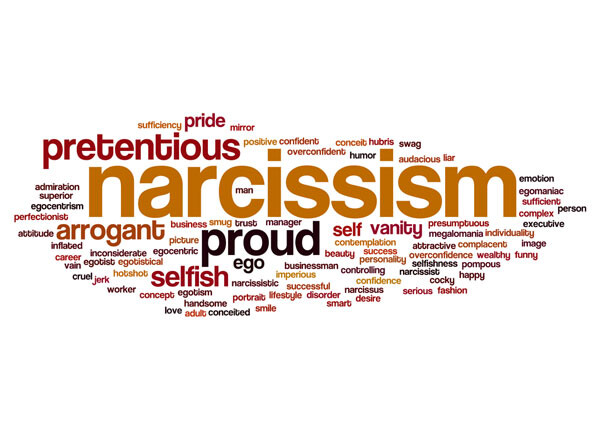 Regardless of which pattern is being expressed by an individual in any relationship there is a creation of interactional dynamics that are frequently exhausting, frustrating, personally painful, and emotionally trying. The remaining text is dedicated to illustrating the differences in the dual symptom structure of narcissism starting with the inhibited symptoms of narcissism and followed by unrestrained symptoms of narcissism.

In conclusion, it is easy to understand how poor quality or insecure attachment and attunement are adversely impacted by the interactional patterns of a traumagenic family as well as how narcissism can readily grow out of these dynamics. Many professionals and most laymen that encounter the narcissist tend to react quite negatively and with tremendous judgment and condemnation which has little influence on improving the interactions in any substantial way. The challenge is to create environments where true attachment and attunement can take place while triggering the old familiar and well used patterns more than absolutely necessary. Generally this is a matter that will require psychotherapy to overcome the weight firmly placed on the shoulders of those who never asked for this burden to be theirs.

One of the unfortunate developments of the last 150 years of psychology, counseling and medicine is the emergence of a narrowed focus on the individual and seeing the individual as carrier of deficits or disease.  This over simplified conceptualization inadvertently has become the mechanism of reductionist nosology and the emergence of the magician’s trick in the mental health field.  It sometimes could be considered that the diagnostic nosology is akin to the magician’s art of Misdirection which is a form of deception in which the attention of an audience is focused on one thing in order to distract its attention from another. In the mental health world we are often misdirected to look at the overt and obvious in the planning and execution of treatment, and unfortunately the overt and obvious while often being quite annoying are not often the root or causal force in the production of behavior.

This magician’s trick is quite different from the more traditional prospective of healing which was essentially relational in nature, and that healing also required relationships and connectivity to a community.  In this most emergent and continuing development of healing as an art and practice there is a much more individualistic focus that actively downplays or reduces relational quality and connection to healing.  This is quite different from the traditional view of healing that assumed the individual functioned as part of the community, and not only was the healer part of that community, but many of those responsible to support the recovery of the individual were elements in that community as well.   In the world today, more so in industrialized and post industrialized societies, there is a tyranny of individualism that is based on a philosophy of personal responsibility and accountability.  Yet this focus on the individual in the absence of their environment or context weakens the effectiveness of healing and recovery from trauma.