A Letter to Dr. Gentry Part #2 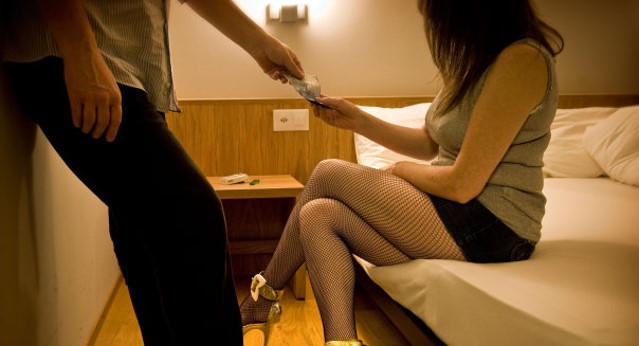 I recently received a couple of emails from colleagues that bothered me down to my core. One was from a polygrapher who has polygraphed my sex offender clients in my home state of Texas for many years. He wanted my help in writing a professional training for attorneys, polygraphers, and other professionals to take around the country. His training is aimed at a new use for polygraphs – testing prostitutes who are arrested for soliciting sex, are prosecuted through the courts for their crime, and are court ordered via probation terms and/or treatment. The polygraph would be used to monitor the prostitute’s continued solicitation while on probation as a measure of probation or parole compliance. 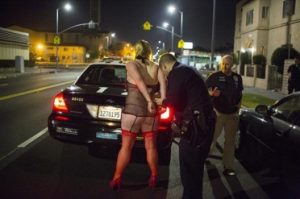 The second colleague was an out-of-state mental health therapist who contacted me for guidance in creating a diversion program for prostitutes through the courts in their area. Such diversion programs do exist in our country as first offender diversion programs. They are typically six to ten-week courses required as part of a plea agreement aimed at providing psychoeducation to the offenders about the consequences of their crimes in hopes of deterring continued solicitation. However, the first offender diversion courses provided to prostitutes are actually modified John programs, that are written for consumers of prostitution and are also court ordered for the very same psychoeducation topics with the very same hope of decreasing the crime. Based on little to no research on prostitutes and even less on Johns. Not exactly an optimal system of diversion, to say the least. 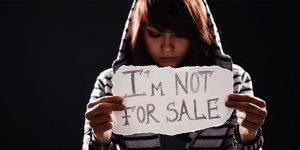 Here is the dilemma. And why such seemingly innocent questions from colleagues boils my blood about our cultural beliefs of prostitution: In the USA, 90% of prostitutes are not criminals, but are human sexual trafficking victims, the modern-day form of slavery! And our country does not understand this. In our country, we view sex trafficking victims as the way they are portrayed in a Liam Neeson movie – something that happens overseas, but not here in America. Someone who is violently kidnapped, bagged over his/her head, thrown onto a plane, and taken somewhere in Europe by the underground mafia. Or what we see on CNN – victims of ISIS in the middle east who are chained, hooded, held at gunpoint by militia, and sold on the black market. We don’t know that sex trafficking happens right here in America, and right under our noses.

I can tell you first-hand, having worked alongside my husband for a while now with the rescue and restoration of sex trafficking both domestically and internationally that these two profiles of sex trafficking do indeed exist. I can also tell you first-hand that trafficking in America is more than those who kidnap the innocent – it is our runaways, our abuse victims, our neglected, our traumatized, our starved for love, our vulnerable who are trafficked. Victims come in all ages, both genders, all levels of education, all levels of socioeconomic status, all religious, all manner of life. Traffickers compass the whole group of people involved in the obtaining, recruiting, containing, and selling of humans, from the kidnapper, to the bank roller, to the car driver, to the hotel worker, to the Internet web host, and everyone in between. There are different categories of traffickers, all of whom are part of the violence, abuse, and crimes in similar and varied ways. America is considered a destination country – a country that trafficking victims are taken to from their countries of origin due to the affluence and vast customer base. Trafficking victims are also recruited in their own towns; some stay local, some are taken to other states, some are taken to other countries. In America, the majority of traffickers are considered “Romeo Pimps,” or pimps who initially groom the victim with faux love, attention, gifts, fancy trips, a place to stay, and form a facade of being in a romantic relationship. The pimp gains the victim’s trust and attachment, while gaining control over the victim’s life, finances, resources, and many times family members/children. Once in their grasp, the pimp requires the now dependent and emotionally attached victim to perform sexual acts for money. If the victim resists, the romance abruptly ends and is met with violence that forces compliance. Not only is the victim now helplessly dependent on the trafficker for his/her basic needs, but the safety of his/her family is at stake, the beatings and violent consequences for non-compliance continue, and trauma bonding to the trafficker has already taken place. It is also common for traffickers to use drug addiction to force compliance, to force their victims to perform criminal acts for them (such as running drugs/guns), and to manipulate them into fearing the authorities who can help them, such as the police, medical professionals, and therapists. Many times, due to the manipulation and trauma bonding with the pimp, trafficking victims don’t even know that they are victims, don’t know how badly they have been victimized, and resist any attempt by others to intervene on their behalf. As professionals, we are accustomed to recognizing such victimization in domestic abuse but struggle to see it as clearly in prostitution cases. 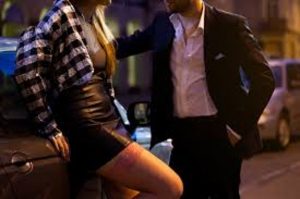 Unfortunately, these victims have a valid reason to mistrust us, as our culture views prostitutes as criminals who have a choice rather than seeing them as actual victims of sex trafficking who are forced, coerced, abused, and traumatized into their “choice,” which isn’t really a choice at all.  Although the cultural views are slowly changing, we largely blame the victim for making a choice for their lifestyle and treat them as the criminal. See, my friends, if we continue to arrest and prosecute prostitutes, and if we are to begin polygraphing them via court order, then we are monitoring them the very same way that we do convicted and adjudicated sex offenders. We are viewing prostitutes’ solicitation of sex for money or goods as a crime they choose to commit rather than the truth: Prostitutes are sex trafficking victims who are forced to sell sex by their trafficking pimp in order to eat, have a place to stay, avoid being beaten, avoid the pimp harming their family, and a host of many other acts of violence and abuse traffickers use to contain their victims.

Thus, what my colleagues are in essence proposing is that we treat prostitutes the same way that we treat sex offenders. That we continue perceiving, addressing, and treating prostitutes as criminals rather than as victims. My colleagues, although well-intended, are falling prey to the inaccurate and damaging dominant discourse in our country that many of you may have also adopted – treating the trafficking victim as a criminal to rehabilitate rather than a victim who needs rescuing and restoration from their trauma. Not only do these viewpoints perpetuate the cultural perception of prostitutes as criminals rather than trafficking victims, but it continues the revictimization of these victims, creates criminal records for them, limits their ability to obtain a better life, and thus forces them back into their abusive situations. Rather than viewing prostitutes and treating them as criminals, we need to adopt a victim perspective, take a Trauma Informed Care approach, help them escape their trafficker, and provide treatment/resources to heal them. It starts with education! If we educate the population in what sex trafficking actually is, if we begin to see prostitutes as victims of trafficking rather than as criminals who have a choice, then we will be able to affect policy, laws, create resources, and change our cultural attitudes to both heal the victim and to abolish this modern-day form of slavery!

Now you can see why I get so passionate about this issue, why my husband and I have dedicated our careers to aiding the abolishment of sex trafficking, in training professionals, rehabilitating the offenders, treating the victims, and in educating the community. I hope you are beginning to see why such misconceptions about prostitution and trafficking in our culture causes such unknowing harm – and makes my blood boil. Hopefully, your’s does, now, too. Will you join me in the fight? Become an abolitionist against human sexual trafficking today!! 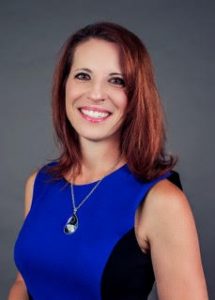 Dr. Stephanie Thurston-Simmons has been in private practice since 2000. Dr. Thurston- Simmons holds three licenses: She is a Licensed Professional Counselor, a Licensed Sex Offender Treatment Provider, and a Licensed Deregistration Specialist. 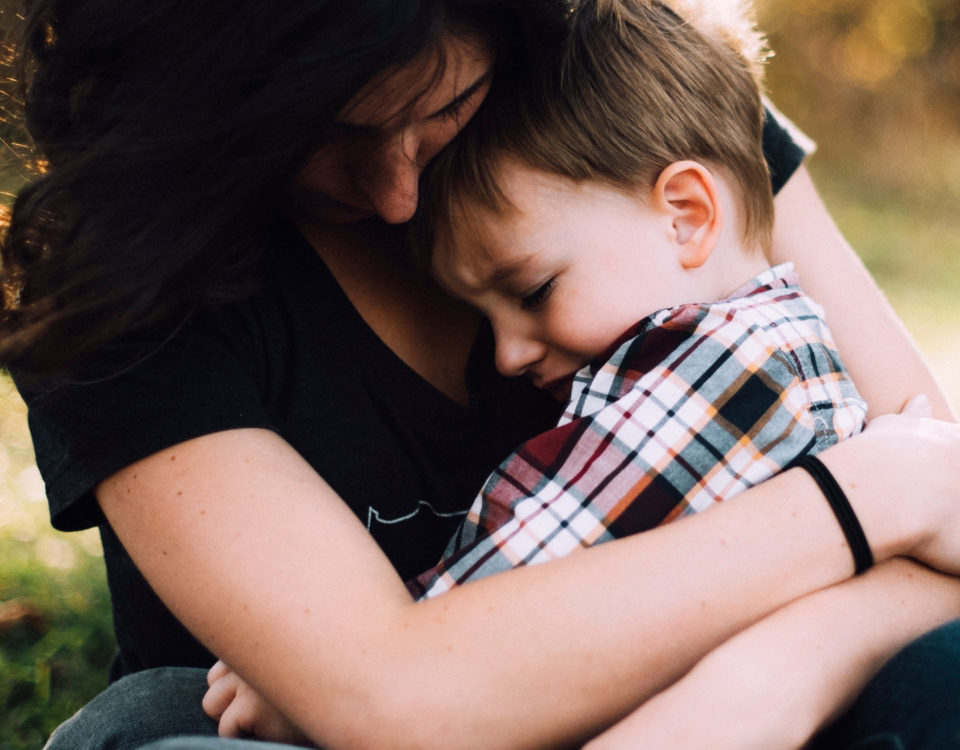 Loving Them Is Not Enough Review