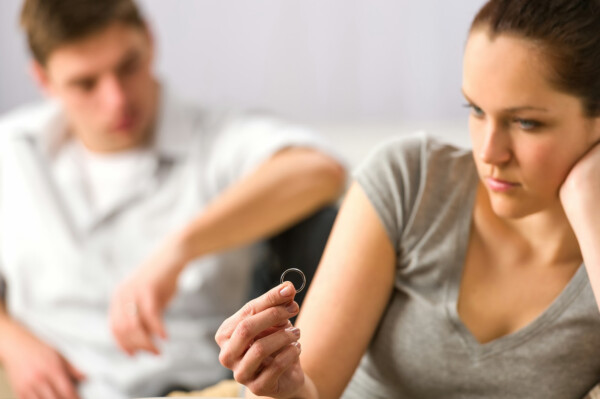 Why Do Well Meaning People Have Marriages That Fail? 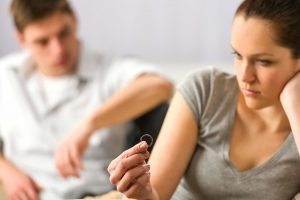 There are a tremendous number of incredibly sincere people who are struggling to maintain satisfying intimate relationships and marriages. Many of these people struggle as a result of the experiences that they had while grown to maturity within the walls of their own home. That is not a global indictment of families as being dysfunctional just an acknowledgment that the patterns and habits established in their homes of origin are the foundation of many of the relational choices and patterns that persist as these sincere people move into adulthood.

In general terms many adults that are struggling with marital or intimate relationships were raised in homes that may not have been that horrible at all, but the patterns of inter-relating was just not as effective as it could have been and the relational habits were less that effective, particularly in a stress filled environment on today’s societal demands and expectations. Other families however established patterns based one of two conditions: first, where essential things were omitted in the family of origin environment, and second, where distressing and emotionally painful activities or events were present.

The first condition mentioned above could be considered acts of omission, where activities and interactions that should have taken place were significantly absent and unavailable. An example of omission might be the family where the parents are absorbed in other interests and not available to the children psychologically, emotionally or socially. Sometimes characterized as parental non-responsiveness, the real danger of omission is that a normal level of relational stimulation, emotional soothing and support were consistently absent from the experience of the children growing to maturity.

In this condition of omission the child fails to adequately learn from the interactional experiences with parents or caregivers to be self-aware, feel secure when alone, develop positive views of others and to regulate their own emotions or affective responses in consistent and adequate ways. Omission can create emotional distress in the child around social interaction and increase their attempts to feel connected, comforted or loved in perhaps less effective or even inappropriate ways. Many adults that have come into treatment in the last twenty years have indicated feeling a general sense of being empty and overly sensitive and maybe even over reactive to attempts to start and maintain relationships.

The second general category could be labeled as acts of commission, or acts and events that were distressing and emotionally provocative to the developing child and the family as a whole. Acts of commission can involve actual abusive behaviors directed toward the child creating longstanding interpersonal difficulties, as well as distorted thinking patterns, and emotional disturbance. In a home where acts of commission are consistent, a pattern of avoidance strategies will likely emerge that will allow family members to escape or cope with the psychological and emotional pain. These strategies then become habituated patterns of interaction that become based on deficits and reactions to deficits.

Those sincere adults wanting to have satisfying and pleasant relationships frequently find it difficult to overcome the perceptions and schemas about themselves and others. These views of self and others are most frequently of a negative perceptual set where they see themselves as intrinsically unacceptable or undeserving, habitually seeing the self as helpless, inadequate, or weak. Additionally, many adults have within their mental mind set a view those others as inherently dangerous, rejecting, or unavailable.

The unfortunate aspect of being raised in homes that actively interfere with development of children is that those adults exposed as children to traumagenic environments frequently discover themselves to be attracted to, or participating in conflictual or chaotic relationships, struggling to form intimate adult attachments and engage in behaviors that are likely to threaten or disrupt close relationships with others. Many of the people that yearn for a permanent and stable intimate relationship struggle because of a lifelong pattern that was initiated in their family of origin and then perpetuated by the perceptions and interactions they have had in the process of maturing.

Traumagenic families create patterns that are more about what happens inside the brain of an individual than what happens outside, which raises some interesting issues. Professionals that work in the field of mental health are aware of the many children that experience inappropriate events and actions at the hands of parents and caregivers. One example of how the negative interactions can create long term changes in thinking and perceiving by a child can be found in child sexual abuse.

Many children experience an inappropriate sexual touch as initially pleasurable. When they do not know this is bad, they only know they are receiving special attention, which is good and pleasurable stimulation, which is physically arousing and generates pleasant sensations. Generally at some point, the child becomes aware that the sexual contact is selfishly motivated or that it is socially unacceptable which forces not only a redefinition of the behavior, but also creates doubt about one’s own perception relative to right and wrong, what feels good and what should or shouldn’t feel good. Additionally, there is a thinking process about the value of sensual stimulation that has emerged and may persist which can create an approach/avoidance dynamic where the sensations are desired and rejected simultaneously.

Therefore, many family patterns actually negatively impact the individual member’s ability to connect and attach to each other in healthy ways. According to John Briere This distressing pattern of family interactions are frequently related to three attachment styles: (1) Fearful (involving a high need for interpersonal acceptance and affirmation and, yet, avoidance of intimacy). (2) Preoccupied (involving similar high needs for validation and acceptance, but with a tendency to be preoccupied with attaining such affirmation through relationships), and (3) Avoidant/Dismissing (involving avoidance of interpersonal attachments and high needs for self-reliance).

Additionally, when family members that have been raised in traumagenic environments emerge into adult roles and relationships they are frequently burdened with chronic, negative expectations and perceptions around issues of safety, trust, esteem, intimacy, and control. They may find that they are easily activated by any fluctuation in the interpersonal stimuli in the current environment and may engage in behaviors to assure connection and attachment that actually drive others away.

There are a tremendous number of wonderful and talented people that fail to establish and maintain the intimate or marital relationships. These people strongly desire and crave to participate in the kind of intimacy that seems to repeatedly elude them. Primarily this can be explained because they are carrying the patterns and habits of a family culture that did not adequately prepare them for successful adult relationship or at worst, created negative relational patterns and expectations that are continually interfering with their ability to connect and sustain a intimate relationship.

Many of these intelligent and talented people would benefit from therapy that focuses on discovering and adjusting the habituated relational patterns that seem to exist and persist in their lives. Therapy might just act as an opening door to a more fruitful and genuinely rewarding interpersonal connection for those with the courage and desire to enter into a positive relationship experience.