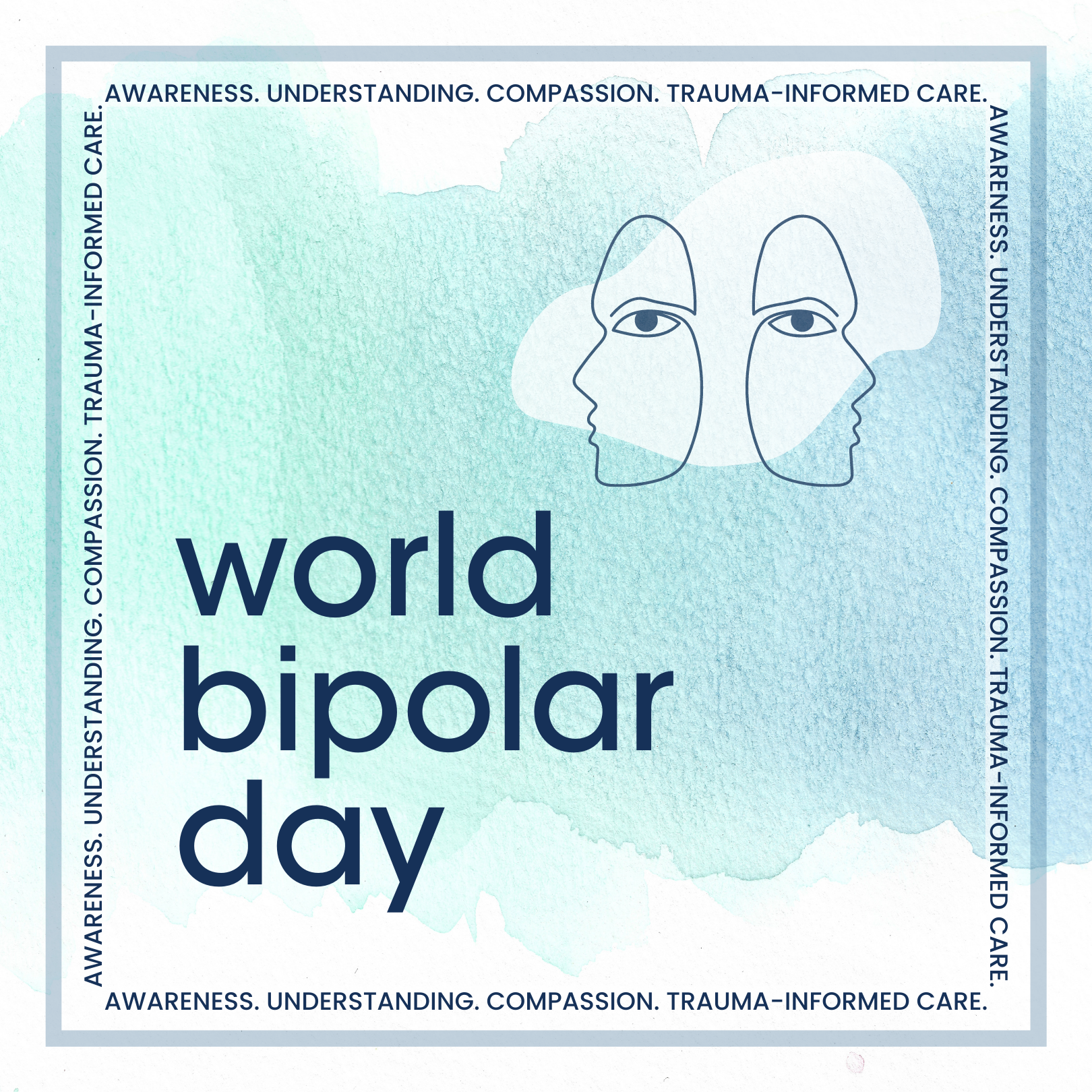 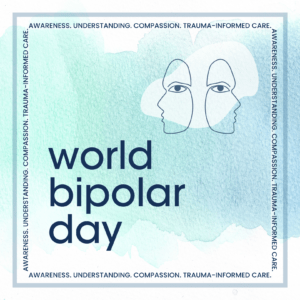 The Importance of Trauma-Informed Care for Bipolar Disorder

World Bipolar Day is about raising awareness of Bipolar Disorder and its symptoms. It is also important to understand the extent to which a trauma history may influence bipolar disorder and affect sufferers’ ability to cope with their symptoms and live fulfilling lives. If you’re interested in bipolar disorder or want to know more about how to care for people with this condition, read on for some insight into how trauma-informed care can help.

World Bipolar Day (WBD) is an annual observance that takes place on March 30. The first World Bipolar Day was organized in 1999 by the co-founders of the National Alliance on Mental Illness (NAMI). They wanted to bring attention to this mental illness and its impact on those who have it as well as their families and friends.

Bipolar Disorder is a life-long mental health condition that affects how a person regulates their mood, resulting in prolonged episodes of extreme emotional distress that swings from mania to depression. These episodes of mania and depression can have a huge effect on energy levels and behaviors in an individual. However, there may be long periods of time when they are feeling more emotionally stable. As symptoms of bipolar disorder are extreme and can be scary to experience and witness, there are typically serious impacts on many areas of a person’s life, including work, school, and relationships.

There is no one sure explanation as to why some people have bipolar disorder. Genes may play a role and so might your personal experiences.  In many cases, bipolar symptoms can be triggered by stressful situations. Some significant stressors could be issues within their relationships, abuse of any type, financial issues, losing a job, and major shifts or disturbances in sleep.

How common is Bipolar Disorder?

There are many different ways to treat bipolar disorder, and most people end up finding a combination of several methods that work for them. People with bipolar disorder typically need long-term support to help manage their condition, including medication, and talk therapies, with the addition of trauma-informed care.

Why is trauma-informed care important?

More than half of individuals with bipolar disorder have a history of early-life trauma, which can have a significant impact on clinical outcomes, so being trauma-informed and practicing trauma-informed care is crucial. Being trauma-informed will help a caregiver as well as the individual with bipolar to recognize signs, symptoms, and triggers of dysregulation which is essential to effective management of the disorder, regardless of an early-life trauma history. When helping to ease symptoms it is also important to avoid re-traumatization and soothe feelings of alienation and shame which can naturally result from excessive shifts and extended episodes of extreme emotion. Having the right trauma-informed tools will help reduce dysregulation and the duration of symptoms of bipolar disorder.