Childhood Trauma Can Alter Reactivity to Real or Perceived Threat

Why Do Well Meaning People Have Marriages That Fail?

I May Be A Little Too Controlling!

Childhood Trauma Can Alter Reactivity to Real or Perceived Threat 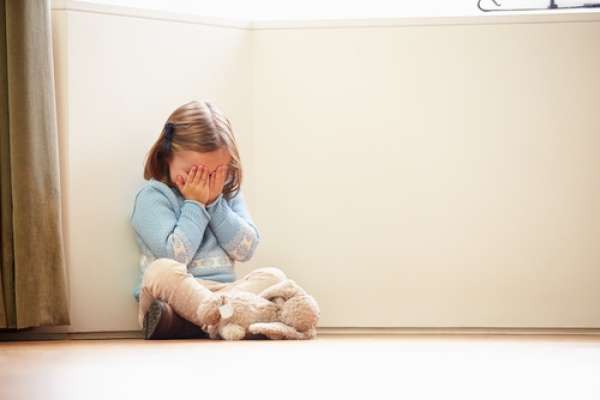 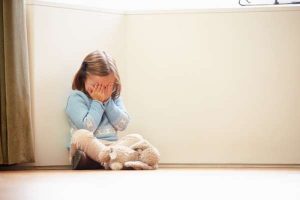 The developing brain organizes itself in reaction to experience and stimulation that the child is encountering. Regardless of the genetic makeup, the simple process of interacting with the environment is strengthening reactions to repeated environmental stimuli. If the stimuli are of a consistent nurturing pattern of relatively positive interactions the neurodevelopment unfolds differently than if the interactions are neglectful or negative in nature. This process of sensory stimulated neurodevelopment begins prior to birth and continues as each child’s biological reaction strengthens synaptic connections depending on the circumstance.

Research has shown that interpersonal interactions are of primary importance as a source of sensory experience. Since children do not have the cognitive awareness to discriminate or discern quality of interactions they are left with biologically dependent conditioning that is structured around the totality of the individual sensory experience. This can be shown easily in two clinical examples: First, was a young family with their first child, both parents were from families that had been horribly abusive and they wanted to ensure that they were not going about the business of delivering a legacy to their little child. As they focused on providing a warm and positive environment that was relatively predictable and more consistent than not, they felt not only increasingly connected to their child but admitted that their own marital relationship had improved. Several years after completing treatment I ran into them at a department store. They had three more children and were proud of how well their children were doing in school, then they made an interesting observation; “… out of our seven siblings we are the only ones that have stayed married, have a happy family, and whose children are seeming to do well and school, aren’t in trouble all the time, or on medication… ” They continued to unfold the story of how their family was so different and that they believed it was because they had been intentional about creating a positive environment for their children. The Second example was less successful, the parents were both angry and chaotic, high levels of reactive emotion that would be triggered by their children’s normal childhood behaviors with extreme volatile emotional, verbal and occasionally physical reactions. The father was arrested for spanking his one year old boy, because the child would not stop crying, the child was hospitalized for observation because of the bruising, he had apparently struck the child upwards of thirty times.

If one takes the above clinical examples and thinks of them as environments rather than getting distracted by the behavior of parents, what differences in neurodevelopment could be expected by the repetitive stimuli of each environment. Obviously problems arise in people’s lives and in the lives of families, however perfection isn’t the goal environmentally, having a good-enough environments to give all children the best possible neurodevelopmental advantage or potential is a better target for families.

A number of studies posit that environmental interaction impacts neurohormone activity. The negative impact seems to be related to over-development or heightened reactivity in the hypothalmus-pituitary-adrenal (HPA) system which is linked directly to the stress regulatory systems of all human beings. While many of the immediate sighs of this system being over-active are not revealed, studies now are relating early childhood environmental stressors to higher rates of depression, anxiety disorders, drug and alcohol abuse, heart disease, gastrointestinal problems and recurrent migraine headaches. Hyperarousal also plays a central role in developing and maintaining sleep disturbances that can be manifested as chronic insomnia.

Perhaps the most unfortunate aspect of a negative environment that is consistently not meeting the socio-emotional needs of the family members can be found in the development of neuro-synaptic patterns that effect one’s perception of the world. The negative family atmosphere is sometimes referred to as being a Traumagenic Environment. This does not assume that parents are intentionally acting in ways that are hurtful to the development of their children, but could be defined as any repetitive action that interferes or interrupts normal social, emotional, physical, psychological or spiritual development. A Traumagenic upbringing can change one’s perception and creates heightened threat assessment in the environment. This includes not just how perceptions are formed, but the conclusions, judgments and understanding of intention made about people. It doesn’t really matter if the perception is accurate or not, if it is truly reality, people react to their perceptions and it seems real to them.

When perceptions are transformed through the twin activity of neuropathway construction and reactivity to repeated stressors then the child must create perceptions that help them develop survival strategies. For many people they find themselves guided by their child perceptions and adaption/survival strategies regardless of the intervening years. Obviously, a person perception can be a very subjective process that can be impacted by a number of variables. Factors that can influence the impressions you form of other people include the characteristics of the person you are observing, the context of the situation and your own personal characteristics, and your neuro-developmental history.

Perhaps a clinical example will help illustrate this point more effectively. After being adopted two years before one young ten year old was brought in for treatment for anger and behaviors that were repeatedly getting him into trouble. He was in an adoptive home that seemed very kind and supportive, and would particularly struggle when physical affection was being displayed. This was very frustrating to the adoptive parents and the new siblings. An example was a warm pat on the shoulder that might have been seen as an affectionate encourager this little man reacted to as if he was being attacked. His entire system would be fired up, his breathing would become rapid and his face would turn red, followed by name calling and sometimes physical attacks. The problem was an over-reaction to a perceived threat. No real threat existed, and that was the frustrating foundation of the parent concerns.

The perceptions of this child were unique and formed because of his history, and even though the environment had changed and the atmosphere of the current home had no resemblance to the home he had lived in until his parent died of a drug overdose when he was seven. Those early perceptual patterns of what was seen as dangerous or threatening was fully developed and functioning strongly.

The main purpose for bringing this to attention is to encourage people to be more aware of the environments they are creating and to organize their home lives and interactions with children to increase adaptive possibilities and more realistic perceptions of the world. In the long run there are few things that would create a fundamental shift in society that would be more beneficial than designing home life to meet the socio-emotional needs of all members in a consistent and intentional manner.

From Mistrust to Hope: A Post-conference Reflection of The Resilient Church